Mosel, Moselle – of books and wines

After dinner I had a glass of wine: for some unknown reason I’ve had an open bottle of Riesling. While I was pouring it I accidentally read the label – Mosel Region.
Mosel, Mosel… Moselle (in French). This sounds so familiar, somewhere in the back of my brain there is some important information stored about this word, this name. Is it wine related? I have visited the famous German Weinstrasse a while ago, although I am sure that one was in another valley. For the record: there are several “Weinstrasses” in Germany but I am sure I haven’t been in the Mosel valley. The heck, where is this Mosel valley and what is it that keeps digging deeper and deeper in memories to bring up something that I’ve never seen or experienced? Or have I? 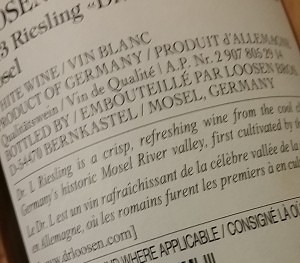 It’s interesting how strong impressions are created by certain favourite books consumed in the young and receptive years. The ideas, the fiction somehow became part of the reality. Virtual reality we would say today but at that time we were not equipped yet with such vocabulary. It was still the era of the Gutenberg Galaxy, without gizmos that visualize everything for the malleable and receptive young brain; we used to read a lot and build the imaginary world of the fiction – or never seen non-fiction places and events – in our mind. Interestingly, it was still shareable, since we were discussing those stories depicted in our readings, yet we all were quite sure that our own unique interpretation of those texts and the inner world built upon them is the only valid version. Or maybe, at that time we didn’t have such thoughts at all, we were just absorbing the strong and formative message of the good literature and I am adding these smart-ass interpretations only based on my present knowledge and literary experience.

And after almost fifty years of silent influence on literary expectations, it suddenly jumps out like a benevolent ghost enriching the wine label with incredibly complicated associations about literature, a book from the teenage years and an author, who was on top of the ‘favourites list’ for many, many years.

Jorge Semprun. The Long Voyage (also known as The Cattle Truck). The train went through the Moselle valley… This was the author’s first novel – and probably the best. If I was a writer I’d like to write a book structured in the same way: to tell a story but breaking up the traditional chronology.
He was a Spanish writer (exile, émigré) and he wrote in French but I read that book in Hungarian – probably in the mid-sixties. At that time I didn’t know yet I would become an e/immigrant myself and would write blog posts in English about a Spanish writer’s novel written in French, a novel that I’ve read in a very distant language in a legendary (mythical?) place during some irrational times. And sipping German wine.

The main character of the novel looked out from the cattle car and recognized the Moselle valley. Or was it Mosel, already on German territory…? I don’t think it matters. What matters is Semprun’s book. The lasting impression and how it formed my way of thinking about literature.
And now even about wine.

Find Jorge Semprun’s books on Amazon (US or Canada):