Year after year in November comes Remembrance Day and soon after that my birthday. Both can serve as an occasion for contemplation and retrospective. At the beginning (of my Canadian life) I was always surprised that all Canadians buy and wear the poppy in the days before November 11, no matter what their personal ethnic background was or from which country they came. As if there were no countries and nations on the losing side of that Great War. Or, maybe, I told myself, nobody really would like to admit that their ancestors were on the “wrong” side in that huge mindless massacre.

Now, that war, which was supposed to end all wars, ended with perfectly setting up the next craziness that really ruined the world… and tragically, my nation, that group to which I belong by mother tongue, culture, history(?) and everything – both times was among the defeated nations. Although I was born and grew up in a victorious country.

If I think back of my younger years, the issue of winning or losing the war was depending on where we were talking about it. At home, in the safety of the family, we openly admitted that our ancestors lost the war. Outside, in the official public life and speeches of the country where I grew up, we ended both times on the victorious side. Hurray…

All my four grandparents were born in the empire that started the war: in the dual monarchy of Austro-Hungary. Their heir to the throne has been assassinated in Sarajevo, Bosnia (June 28, 1914). Since they, I mean the monarchy, already occupied Bosnia in 1878 and ruled since the 1909 annexation of it to the empire, they couldn’t really start a war against it. Against themselves. So as the assassin was a (Bosnian) Serb nationalist – they declared war on Serbia. It is worth mentioning that Serbia and Montenegro (Crna Gora) have never been happy about the annexation: they considered that once the territory was freed from the Ottoman Empire, it should belong to them and they didn’t even hide their animosity toward the K. und K. Monarchy. 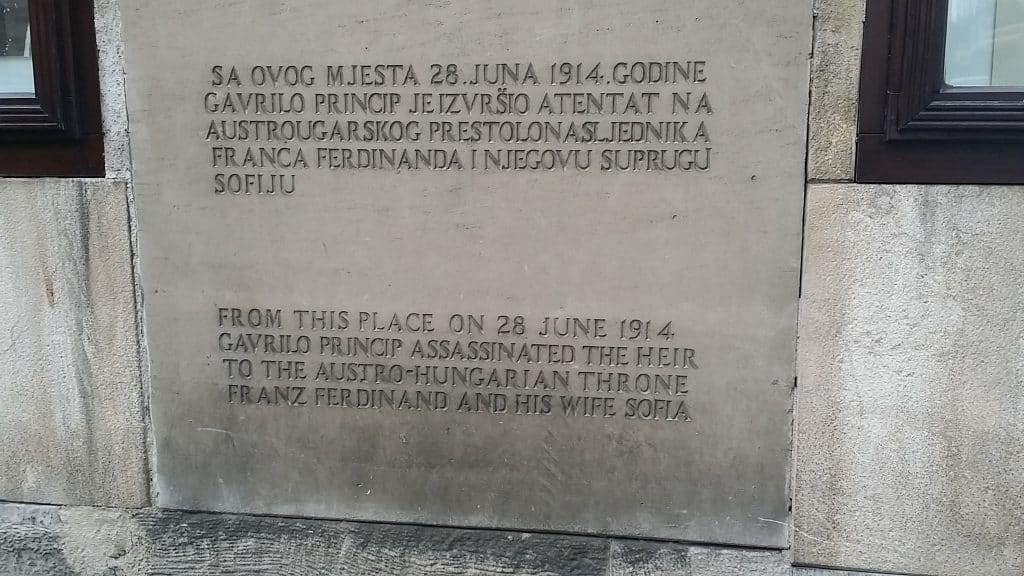 On a personal note: my woman is from that town, Sarajevo, and like many of her countrymen, she says the several years of Austro-Hungarian domination was in other regards a progressive boom: buildings, public institutions standing even today have been erected, a lot of modernization happened during those years… Understandably, she doesn’t want to identify herself with any of the “ethnic” groups of her homeland, since even today she finds it inconceivable that almost one hundred years later, at the end of the modern, enlightened and secular 20th century her country was chopped up by the ever-surviving great powers based on religious criteria. The territory of Bosnia and Herzegovina was (and still is) divided according to religions: Catholic, Orthodox and Muslim. And we thought we left the religious wars behind in the 17th century…

But let’s get back to my grandparents: paternal grandpa born in 1899 was “mature” enough toward the end of the war to be conscripted and sent to the Italian front. Luckily, he survived (till 1952, when the TB killed him). Nobody asked him on which side he wanted to fight, as a poor, orphan young man they just sent him there as cannon fodder. His future wife, my grandmother, born in 1905 went to school during the war years, still in the Hungarian part of the dual empire. She lived long enough (1988) to tell me all the stories about my ancestors. The other, the maternal grandfather was born in 1902, so he was too young to be enrolled. However, his father, my great-grandfather (1876-1918) was conscripted and died in a military hospital in today’s Ukraine. The Soviets built apartment blocks on top of the cemetery where these soldiers were buried… His wife, my other grandma (1904-1939) died when my mother was still a child. As it happened, nobody from my family fought in the WWII – the men were either too old or too young. 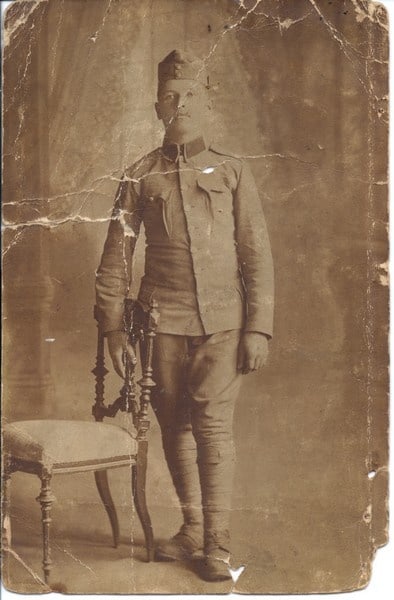 
Austro-Hungary was defeated in the WWI, the land where I’d be born a few years after the next “Great” war, has been given(?) to Romania as a reward for entering the war in 1916 on the side of the future victors. Well, the official narrative is quite different but that is irrelevant for now. The main thing is that my ancestors not only lost the war, they all (except the soldier buried in Uzhgorod) suddenly found themselves in a different country and more importantly as second-class citizens as an ethnic (and religious) minority.

And while a short-lived (1940-44) Diktat in the former Habsburg capital of Vienna handed half of Transylvania back to Hungary, by the time I was born in post-war communist Romania, the “order” has been restored, and in all my school years I’ve heard about the glorious victories of “ours” during the two big wars. Romanians always won, the Hungarians always lost. Yes, I was (maybe I still am) a Romanian citizen – but I was raised as a Hungarian. My mother talked to me in Hungarian, sang me lullabies in Hungarian, told me fairy tales in Hungarian, my whole family, all the aunts and uncles talked in Hungarian. An important fact: they all accepted the historical fate that they must live in this new country, they accepted that they were citizens of this country (and everybody was fluent in the official language as well). None of them was involved in politics, never contested the status quo, we could say that they were loyal citizens of their new country, even if they didn’t have a say in how the events unfolded. They just couldn’t or didn’t want to become Romanians. Nothing special… Europe is full of such ethnic groups (although the 2 million Hungarians in Romania was one of the biggest) that live in another country, not their own. Sometimes for centuries.

The strange feelings become overwhelming when in the public sphere one must celebrate those “victories” that put him in this minority status. Let me try to describe this once again: as a citizen of the country where I was born as a minority child, I am expected to celebrate together with the majority the anniversary of their victory (above us) that placed me in this miserable second-grade citizen minority position. Of course, at that time I wasn’t able to formulate this sentence, not even in my mother tongue, and we just developed this “dual” (oh, that ominous word again!) mindset of being Hungarian at home and pretending to not be there when they celebrate in public.

But then life goes on, the survival and mimicry techniques instilled by the hypocrite communist regimes are perfected and… and then one day the Berlin Wall comes down, the communist dictator is shot without much ado and that’s it. I was already living in Hungary for almost two years when this happened and by this time, I also knew that I was a Hungarian-speaking foreigner (hat tip to TGM) in that country and a stranger.

Realizing that in Central Eastern (and Southern) Europe there are too many borders, too many languages and too many fences(!) I decided to move far away. That’s how I arrived in Canada, which we considered the land of the rule of law, safety and security and an immigrant country per definitionem.

During my first Remembrance Day here, in the days of poppy-selling I was in Toronto with another Hungarian-speaking Transilvanian who arrived here years before me and used to introduce me into the intricacies of Canadian life. After briefly explaining what the poppy was for – he added with a mischievous wink in the front of a veteran standing on the street corner: should I tell them that we fought on the other side?

Fuck, I’ve never thought of it in this way, and I don’t even want to think in this way – those wars are so much removed and remote in time from my personal existence that I don’t want to add this burden to my life. Not to mention that I left my native land exactly to be far from all that craziness. But in a way, I could also say that – besides my adventurer nature – I ended up in the new world because of the wonderful victories of the Canadian soldiers. Yes, it is perfectly true what I just read the other day in a (Canadian) newspaper about Canada:

“We have only engaged in just wars, on issues of principle, for no gain for ourselves, and have always fought with distinction and always on the winning side. It is a national history that incites pride but not chauvinism.” *

As a proud Canadian myself I fully agree with the statement above. It is just my former identity of the Transylvanian Hungarian that gets confused. If there was no war, if there was no “winning” on this side, I could still live at home, in my homeland, without all these minority(inferiority?) complexes, I could travel from my hometown to my wife’s hometown without a passport and without crossing three-four international borders…

But in history there are no what ifs. We only have the present and ever-overwritten national(ist) narratives. Regardless, I still bought a poppy from a veteran standing in our local Fortinos. And I didn’t tell him anything…

One thought on “Post-Remembrance Confusions”

This site uses Akismet to reduce spam. Learn how your comment data is processed.