Where to go any further…?

What can be worse than it is? (I know, it’s a tricky question and life will show us shortly that everything can!)

My own “beau” prime minister praises a leftist mass murderer and dictator; maybe because his father and mother were also infatuated with him. South of the border the populist candidate won, bringing into the political arena the redneck ignorance and brutish backwardness. I don’t have a problem with his person, if that’s what his people want as elected president… I have a problem when the manners of the unwashed become the norm, the lack of class and elegance is deemed presentable. 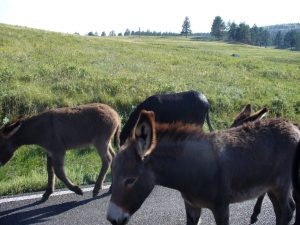 And then from my cursed homeland come the news on the eve and around the “big” anniversary of my smaller home-region being passed from one country to another, then again back, and then once again… one minister spits on every diplomatic rules and conventions, and instigates against another country, then an ex-president from the “other” country threatens to invade the neighbours (again), then a servant of God (which god is so powerless or perverse that can let such an animal to serve him?) calls my ethnic group inexistent, while glorifying his own as the best, nicest, most ancient and most Christian – bien sûr, since the time before Christ…

The same “un-presentable” shit served up by all the media as presentable. Mainstream, fake, social – they all lack class.

When I arrived at Canada, almost twenty years ago, I used to say that I left behind Eastern Europe because over there they have too many fences, too many borders and too many languages.

(The abundance of fences in itself is worth an in-depth cultural anthropology and human geography study, and we’ll return to the subject in proper time.)

For a while, it seemed I went far enough to be at safe distance from all the craziness that defines the life in that abnormal historical space, where empires collide and religions, ethnic groups and languages fight each other for an ephemeral supremacy. While it has probably one of the most mixed populations around the Old World… nonetheless all of them dream about ethnically “clean” spaces and “greater” countries – the latter meaning expansion by occupying neighbouring territories. I was happy to say goodbye.

So, what happened in the past twenty years?

Actually, lots of things one would expect to help leaving the old shit behind. Like those countries becoming members of the European Union. Like the practically inexistent borders, together with the free movement of people, goods and finances. And maybe ideas… (but the good ideas never spread, just the idiotic ones).

We also got the wonders of the internet to be able to communicate instantly, and the “blessings” of the Web 2.0 – the interactivity and democratization of the interweb. Topped with the social media.

To make a long story short: it turned out there is nowhere to go any further. The idiocies of my homeland, the brutal ignorance of the unwashed on every continent will catch you, regardless of the residence. The whole world became the place I was running from.

While I am happy to use all the gizmos and tools available to re-connect at least virtually with old friends, rediscover family members and enjoying their presence in my life… lately I am really considering cutting all the cables and ties – both literally and figuratively.

I don’t read newspapers anymore (even though I used to be a journalist), I don’t watch the news on the TV, and I definitely don’t want my brain to be washed by Facebook and Twitter ‘evangelists’ of all colours and shapes.

Why was Robinson so eager to get back from that island?